Most of us want to be surrounded by family and friends in times of need. Jesus is a friend that sticks closer than a brother. Put your trust in Jesus. Rely on Jesus. In your time of need, “Call on Jesus”!

saiah 40:31 They that wait upon The Lord, shall renew their strength, they shall mount up with wings of eagles. They shall run and not be weary, walk and not faint.

In today’s instant society, I can’t remember the last time I heard a sermon about waiting on The Lord. There is something so precious about the ways of my parents and those before them…the Christians of yesteryear, knew the value of prayer, not the instant generic prayer we often hear today, but crying out to God for their needs and “waiting” to hear from Him. When we wait upon the Lord, we linger in prayer (conversation with Him) and wait for His answer. Just imagine a conversation face to face with a dear friend or family member…you ask them for something and you can tell they are thinking about it. Do you ever answer for them? You ask the question, then provide your own answer? God wants us to be patient, persistent and trust that He will see us through the tough times. If you kneel when your going through it, He will help you to soar on the other side of it.

In the book of Exodus, God was very specific even meticulous on how His tabernacle, alters, sacrifices and priests were to be in order to please Him. As I read this today, I realized for the first time in my ministry just how much Jesus means to God. I know how much my children mean to me and I have often equated that to how much God Loves Jesus. Not only as His only begotten Son, but as the perfect and complete sacrifice for our sins! No more are we bound by the burnt offerings, priests and their preparedness to have our sins forgiven…we must simply ask Jesus, the everything of everythings, the first and the last, the beginning and the end, the Alpha and Omega, the Prince of Peace, the Lamb of God!

If you don’t know Jesus as your Lord and Savior, please let me introduce you. 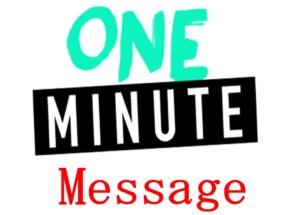 The LORD is gracious, and full of compassion; slow to anger, and of great mercy. The LORD is good to all: and his tender mercies are over all his works.
All thy works shall praise thee, O LORD; and thy saints shall bless thee. They shall speak of the glory of thy kingdom, and talk of thy power; (Psalm 145)

I have been blessed recently seeing many extraordinary sites. I am constantly reminded how much God loves. He made this earth for us to enjoy, can you imagine what heaven is like?! Never miss a chance to tell someone of His love. The opportunities are there for you every day. Jesus loves YOU! He desires to have a relationship with you and make your life here BETTER!

Back at booking and seeing where God will send us for 2018 soon. If you know of a church that loves music and the word of God, let me know…we’d love to minister to them. Donations are always welcome at either of our websites. Your gift always goes to promote the gospel.

Do not beat down your brother or sister. We are to lift them up, encourage them, provide a helping hand, not a boot to their heads.

Too often I see “Christians” injuring other Christians out of envy, jealousy, lack of understanding or sadly, just because they are mean.

Therefore if any man be in Christ, he is a new creature: old things are passed away; behold, all things are become new. (2 Corinthians 5:17)

Tomorrow, many will make resolutions and look for a new start to the new year. Many will start a diet or an exercise routine. Some will plan to budget to get out of debt or increase their savings. Few will make a commitment to be a better Christian or accept Christ into their life for the first time.

If you truly want to make a lasting change in your life, your family, your workplace and even your church; commit to Jesus, read His word and hide it away in your heart. Thy word have I hid in mine heart, that I might not sin against thee.
(Psalm 119:11)

11 For unto you is born this day in the city of David a Saviour, which is Christ the Lord.
12 And this shall be a sign unto you; Ye shall find the babe wrapped in swaddling clothes, lying in a manger.
13 And suddenly there was with the angel a multitude of the heavenly host praising God, and saying,
14 Glory to God in the highest, and on earth peace, good will toward men.(Luke 2:11-14)

Let us not forget what a sacrifice the King of Heaven made for us. He left the splendor of Heaven to be the sacrifice for our sins. If you don’t know Him, let me introduce you.

Well, I wonder if you know Him. Do you know Him? Don’t try to mislead me. Do you know my King? David said the Heavens declare the glory of God, and the firmament shows His handiwork. My King is the only one of whom there are no means of measure that can define His limitless love. No far seeing telescope can bring into visibility the coastline of the shore of His supplies. No barriers can hinder Him from pouring out His blessing.

He’s the miracle of the age. He’s the superlative of everything good that you choose to call Him. He’s the only one able to supply all our needs simultaneously. He supplies strength for the weak. He’s available for the tempted and the tried. He sympathizes and He saves. He’s the Almighty God who guides and keeps all his people. He heals the sick. He cleanses the lepers. He forgives sinners. He discharged debtors. He delivers the captives. He defends the feeble. He blesses the young. He serves the unfortunate. He regards the aged. He rewards the diligent and He beautifies the meek. That’s my King.

His office is manifold. His promise is sure. His light is matchless. His goodness is limitless. His mercy is everlasting. His love never changes. His Word is enough. His grace is sufficient. His reign is righteous. His yoke is easy and His burden is light. I wish I could describe Him to you . . . but He’s indescribable. That’s my King. He’s incomprehensible, He’s invincible, and He is irresistible. I’m coming to tell you this, that the heavens of heavens cannot contain Him, let alone some man explain Him. You can’t get Him out of your mind. You can’t get Him off of your hands. You can’t outlive Him and you can’t live without Him. The Pharisees couldn’t stand Him, but they found out they couldn’t stop Him. Pilate couldn’t find any fault in Him. The witnesses couldn’t get their testimonies to agree about Him. Herod couldn’t kill Him. Death couldn’t handle Him and the grave couldn’t hold Him. That’s my King.

He always has been and He always will be. I’m talking about the fact that He had no predecessor and He’ll have no successor. There’s nobody before Him and there’ll be nobody after Him. You can’t impeach Him and He’s not going to resign. That’s my King! That’s my King!

Whether you are rich or poor, skinny or fat, short or tall, young or old, addict or non addict, gay or straight, in a church or not in a church,…YOU need Jesus. Once you meet Him all of your other conditions will begin to come in line with His word.
John 14:6 King James Version:
Jesus saith unto him, I am the way, the truth, and the life: no man cometh unto the Father, but by me.
You cannot make it to eternity in Heaven with good deeds, good morals, a big bank account or good looks. Only through the saving power of Jesus Christ. Put your trust in Him for there is no other way to enter Heaven, no other way to be saved.

Jesus Christ came to restore us through His sacrifice. There was nothing we alone could do to restore favor with God. Yet through the unselfish love of Jesus, the only son of God, He paid the price no one else was capable of to win our salvation. You don’t have to do anything to receive it except ask for His forgiveness. However, once you have received your salvation, you must turn from your old ways and seek God’s will for your life. He wants you to be happy, but the big picture is…He wants to spend eternity with you instead of being eternally separated from someone He loves so much…you!

For God so loved the world, that he gave his only begotten Son, that whosoever believeth in him should not perish, but have everlasting life. John 3:16

A spiritually minded man (or woman)will empower those around them. They will strive to be more like Jesus and therefore inspire others to strive for it as well. This not only includes strangers, friends and co-workers, but also significant others.

As Mark Twain said – Keep away from people who try to belittle your ambitions. Small people always do that, but the really great make you feel that you, too, can become great.

Jesus was and is the great provider and He empowers us to do great things. We must seek Him first and all other things in our lives will fall into place. 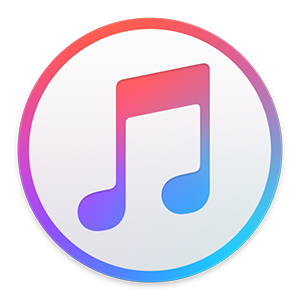